I was born and brought up in Kenya, my parents having migrated from North India back in the mid-1920’s.

My interest in photography began at a young age of 15, when I saved enough pocket money to invest in a Kodak 127 folding camera just after World War II.  It had only cost me an equivalent of $3.00 then!

Enthusiasm in portraiture developed and in 1951 I added a twin-lens Rolleiflex to my equipment.  Relatives, friends and anyone else who could be persuaded were posing in front of my new toy. Two years later, in 1953, this interest in portraiture took a new turn when I travelled to the United Kingdom to do a two-year full-time course in photography at the Manchester College of Technology (now known as Manchester Metropolitan University).

After the completion of studies, I turned to London and joined the West-End portrait studio with the well-known photographer, the late Walter Bird, FBIPP, FRPS. Two years’ experience gained from this studio proved most beneficial and any success I achieved in portrait work is largely attributed to this great master of portrait photography.  Bird himself was a keen Salon exhibitor which was to provide even further incentive in competing with other exhibitors around the world. My first exhibition success came in 1957 when one of my portraits taken at Walter Bird Studios was accepted and shown at the London Salon of Photography.  The same portrait was subsequently selected and reproduced in The British Journal Photographic Almanac 1958 as well as Photograms of the Year 1958.

In 1958 I returned to Nairobi, Kenya to set up my own portrait and commercial studio with some degree of success.  To be a successful portraitist one has to be very much aware of the importance of recording the human personality, coupled with rules of composition, lighting, background and so forth.

A couple of years later, a job offer as a senior cameraman, emerged from the Kenya Government Information Services, an offer too good to refuse.  This gave me good exposure to various other branches of photography such as Press, Photojournalism, Architectural, Industrial, Wildlife, Landscape Photography, etc., etc.  Also, prior to Kenya gaining Independence in 1963, I was made the Head of Photographic Section with the Kenya Government Information Services.  I recall that when Jomo Kenyatta became President of Kenya I was asked to take the official portrait, in colour, for circulation world-wide.

The biggest surprise of my life came in 1964, when my wife, Shashi, gave me a birthday present of a Hasselblad 500C complete with 150mm and 250mm lenses, magazines and prism finder. This was the major breakthrough in doing wildlife studies in colour and black-and-white.  From then on, most of our week-ends and annual holidays were to be spent around the National Parks and Game Reserves of Kenya, Uganda and Tanzania, an experience and thrill which is still cherished today.

In 1972, having made a momentous decision, we moved to Australia for permanent residence and settled in Melbourne.  I was already a member of the Australian Photographic Society, having joined in September 1970, and I have now been a member for almost 50 years. I gained my FAPS in 1976, and the Exceptional Service to Photography honour, ESAPS, was bestowed on me in 1988. I joined Swinburne Institute of Technology (now Swinburne University) in 1973 and retired from full-time lecturing position in Photography some 22 years later. I found teaching immensely enjoyable and stimulating.  The students brought challenging ideas to be solved photographically, and it is very gratifying to see a number of them go on to establish successful photographic businesses, some on the International scene.

My membership of the RPS has been a most important part of my life.  After joining The Society in 1954, I gained my ARPS in Portraiture in 1956 and an FRPS in 1975 with black-and-white prints of African wildlife.  Then in 1990 I was awarded an Honorary FRPS, “for promoting photography over many years, particularly in Kenya and Australia, as an exhibitor, judge and teacher”.  My work is represented in the RPS Permanent Collection as well as in collections of several other international photographic Societies.

Exhibiting and lecturing, both locally and internationally, have been a major interest for me. I have been a judge at numerous National and International exhibitions. I also served as a Foundation Member of the FIAP Nature Commission for sixteen years.  My interest in international photography has led me to be an active member of several of the leading photographic societies around the world and, over the years, I have gained various skill and service honours from these Societies, including FPSA and Hon.PSA.  I have also been awarded the highest skill and service honours of the International Federation of Photographic Art, MFIAP in 1983 and HonEFIAP in 2002, the latter being awarded for a lifetime of “Service to Photography” in Africa, Asia, Europe, North America and Australia. I was the first Australian to gain the MFIAP and, so far, the only Australian to have received both these Distinctions. In 1989 I was awarded my most treasured award to date.  That was the Medal of the Order of Australia (OAM) for “Services to Photography”.

For the last two decades I have been involved with digital photography, taking on the challenges of Photoshop and Lightroom.  I now use a Canon 5D Mark IV and shoot images in RAW exclusively.  My latest interest has been converting a Canon 40D to take infrared images, a new challenge which I am enjoying immensely.

Looking back over my 65+ years in photography, I have enjoyed greatly the opportunities I’ve had to make contact with international photographers and thus develop an ability to assess constructively a wide range of photographic disciplines. And above all, I value the long-lasting friendships formed with other photographers, some going back for forty or fifty years.  What a pleasure and privilege it has all been.

PS. -  Incidentally, “Palli” is my nickname and all my friends in the Photographic Circles both local and abroad know me by that name! - 31st May 2020 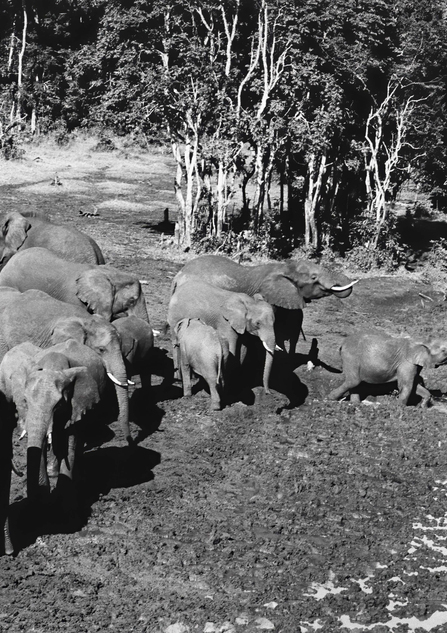 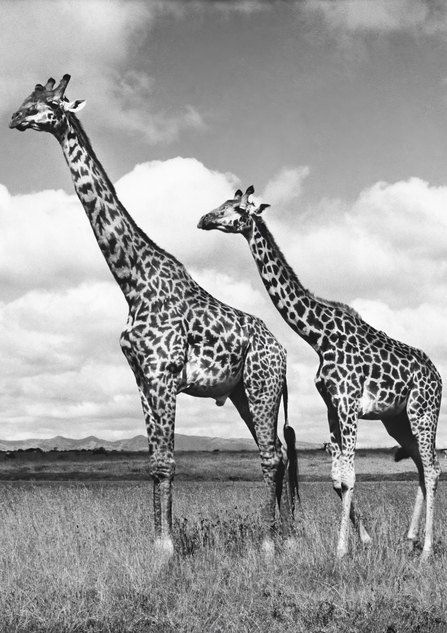 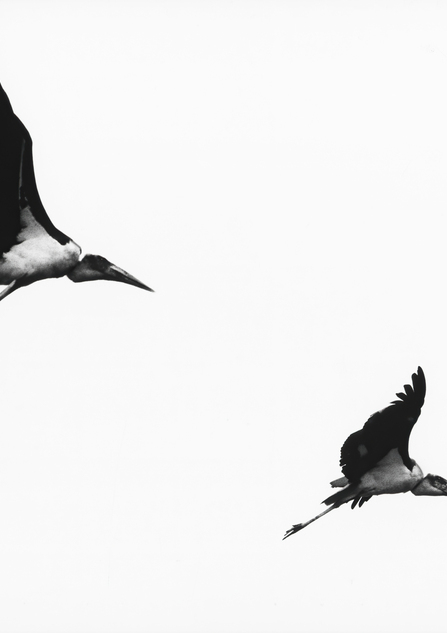 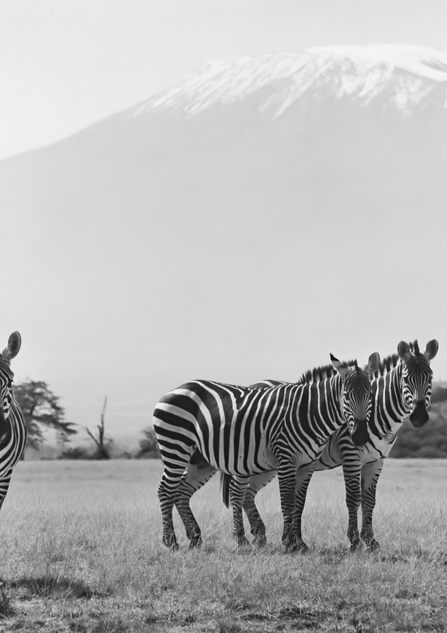 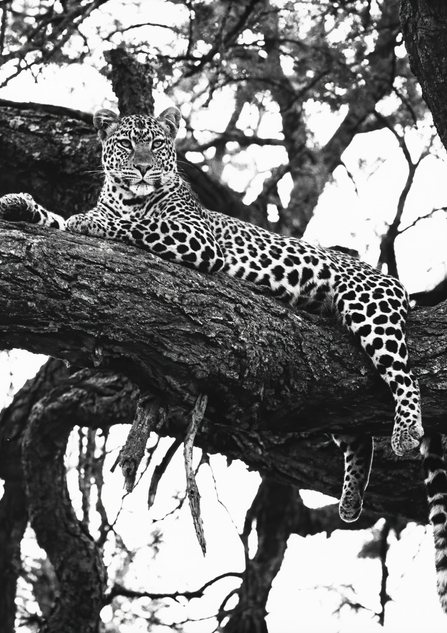 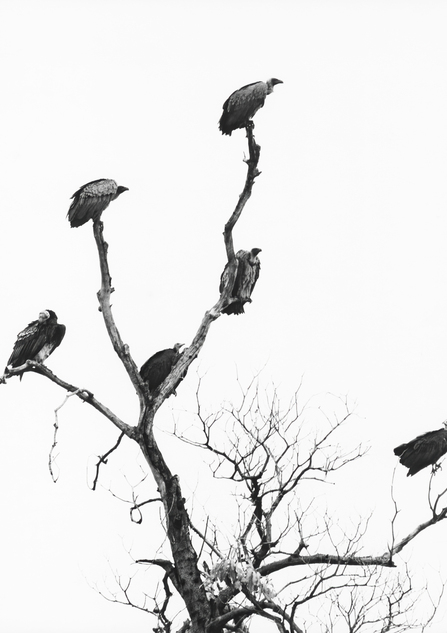 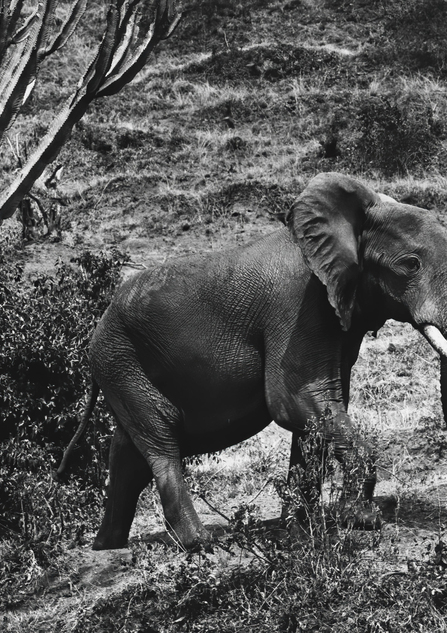 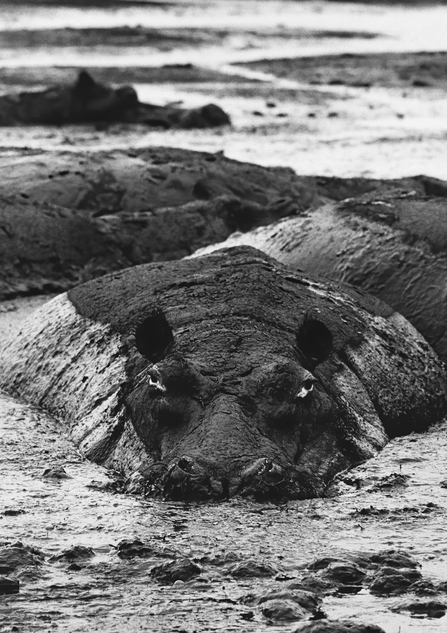 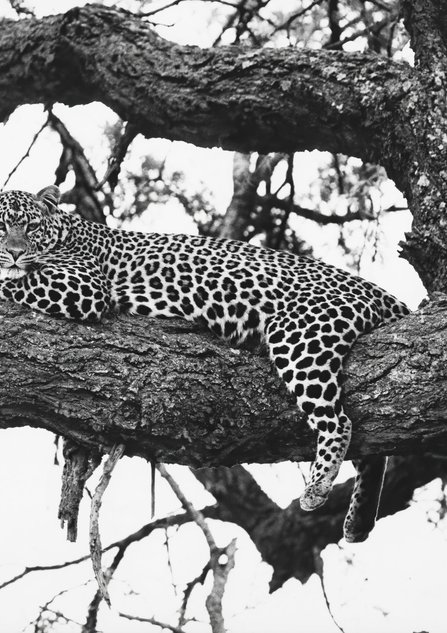 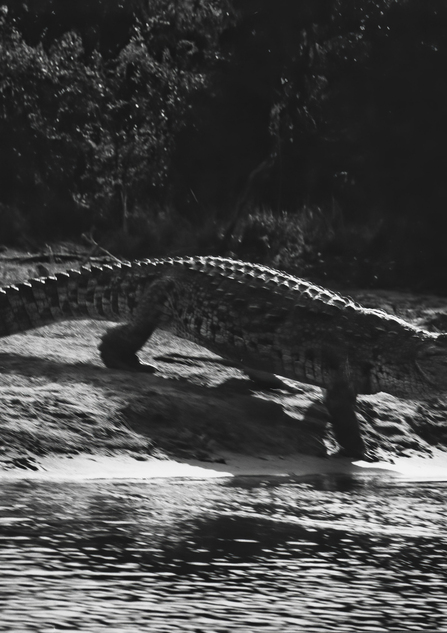 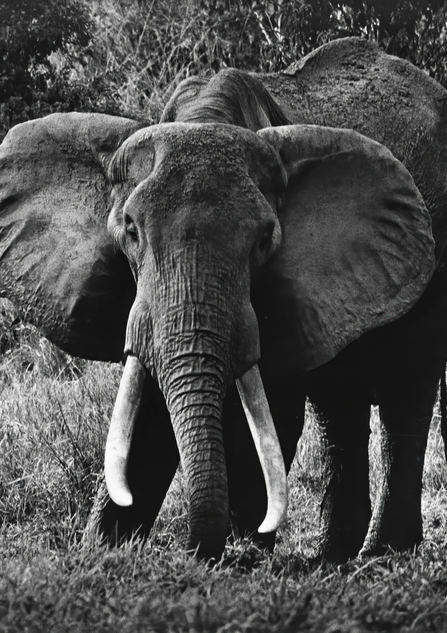 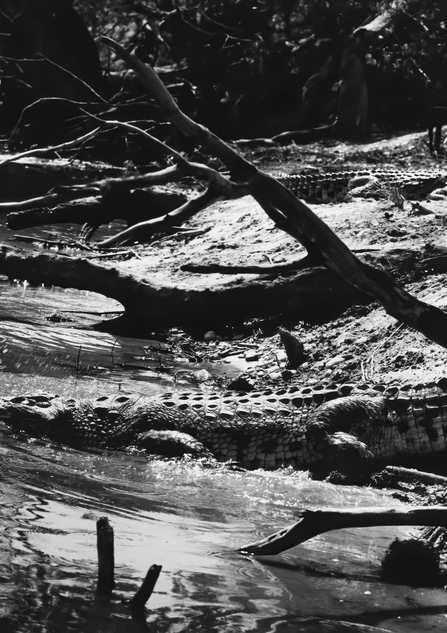 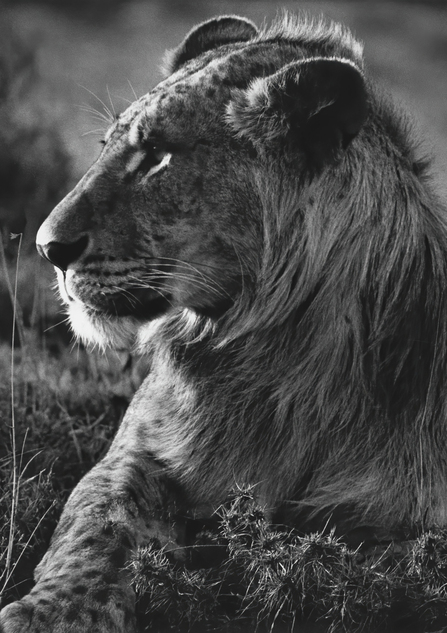 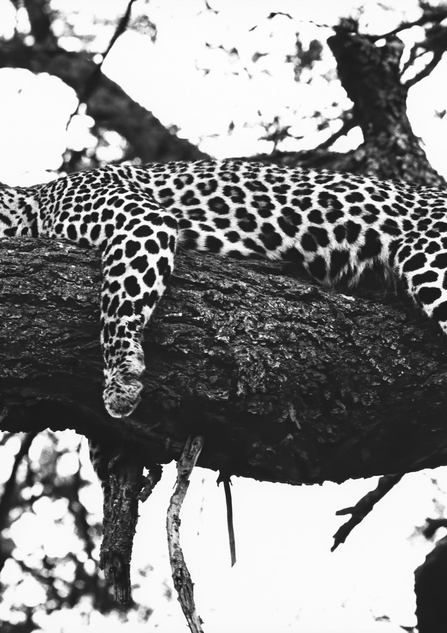 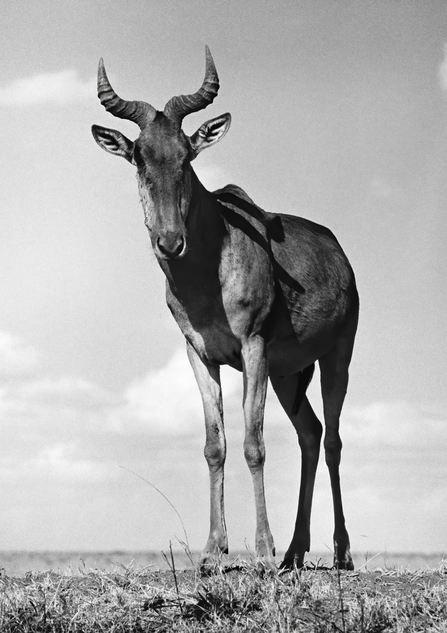 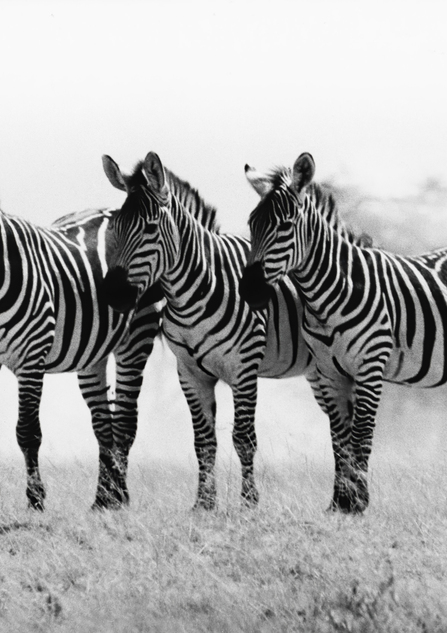 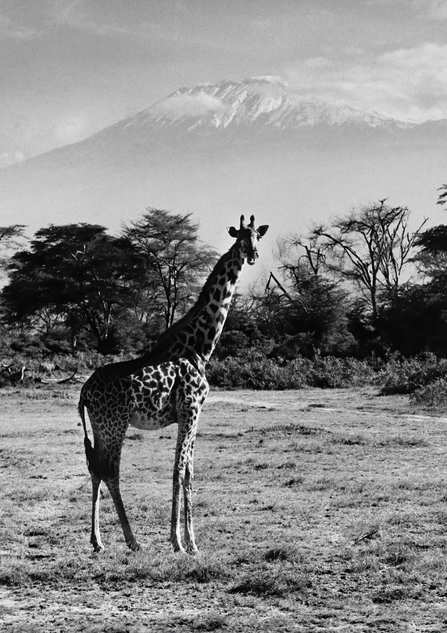 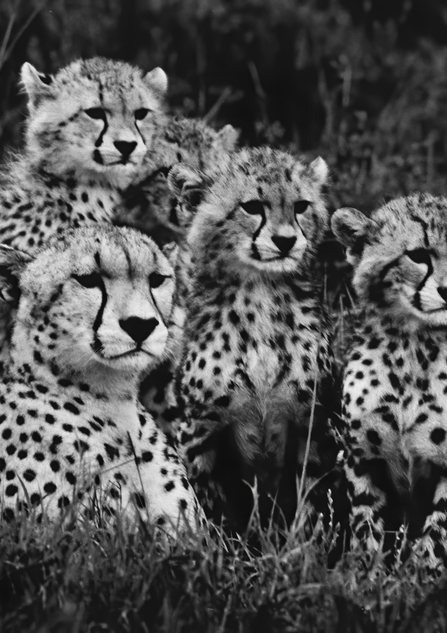 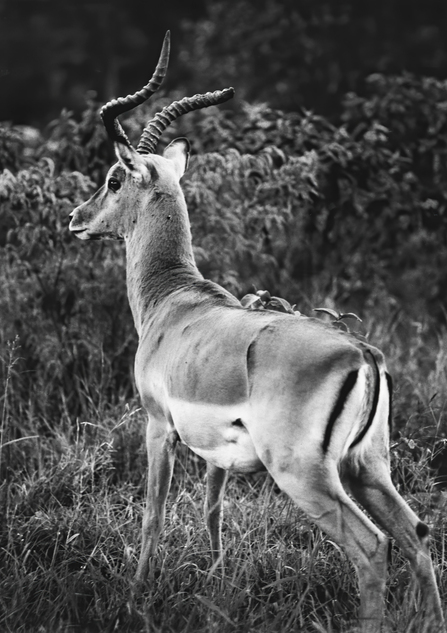 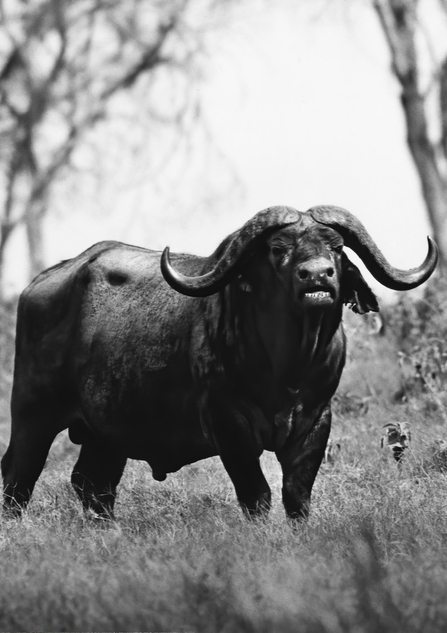