​In Control of Liquids

How can liquid bubbles be arranged and controlled?  Eight years ago, when I first started doing   oil and water photography, I produced images of masses of bubbles forming patterns on the water. With bright coloured paper under the bowl, this did produce vibrant and fun effects. However, I knew there were other styles waiting to be explored. Over time I ventured into minimalist monochrome abstracts to display the essence of abstract photography – light, lines, shape and form. I wanted to draw the viewer in, to get closer, as if they were somehow within   the liquid itself. I wanted to create a certain mood or mystery and sense of wonder by using  new compositions and light.  Most importantly, and without the distraction of colour, I wanted  to show how liquids behave, and how they can be controlled in a particular arrangement for a  split second but preserved for eternity via the camera.

Sometimes the bubbles would form their own arrangements, but the more I photographed,  the more I realised the photographer can be in control of the liquid.  By adding, moving,  separating and combining the oil bubbles, unique images would emerge.  I used off-camera flash as my light source.  Under the bowl, I placed combinations of card, paper, a black coaster and cotton wool, which would illuminate in different ways.  I used a pin and a chopstick to guide bubbles around.  Letting the liquids rest between arrangements reduced unwanted streaks  and blemishes.

I am showing in this series that liquids that don’t normally mix can, in fact, be controlled. The compositions or arrangements can be created in the form of both static and motion shots. Oil droplets will remain circular unless deliberately moved. Motion images are captured by freezing the action with flash.  Control is also used regarding choice and placement of the lighting and background for the bubbles. These are adjusted according to the arrangement or    predicted location of the oil moving on water.  This control allows an infinite variety of close-up views, which wouldn’t normally be seen, into the mysterious world of liquids.

The ​In Control of Liquids photo album 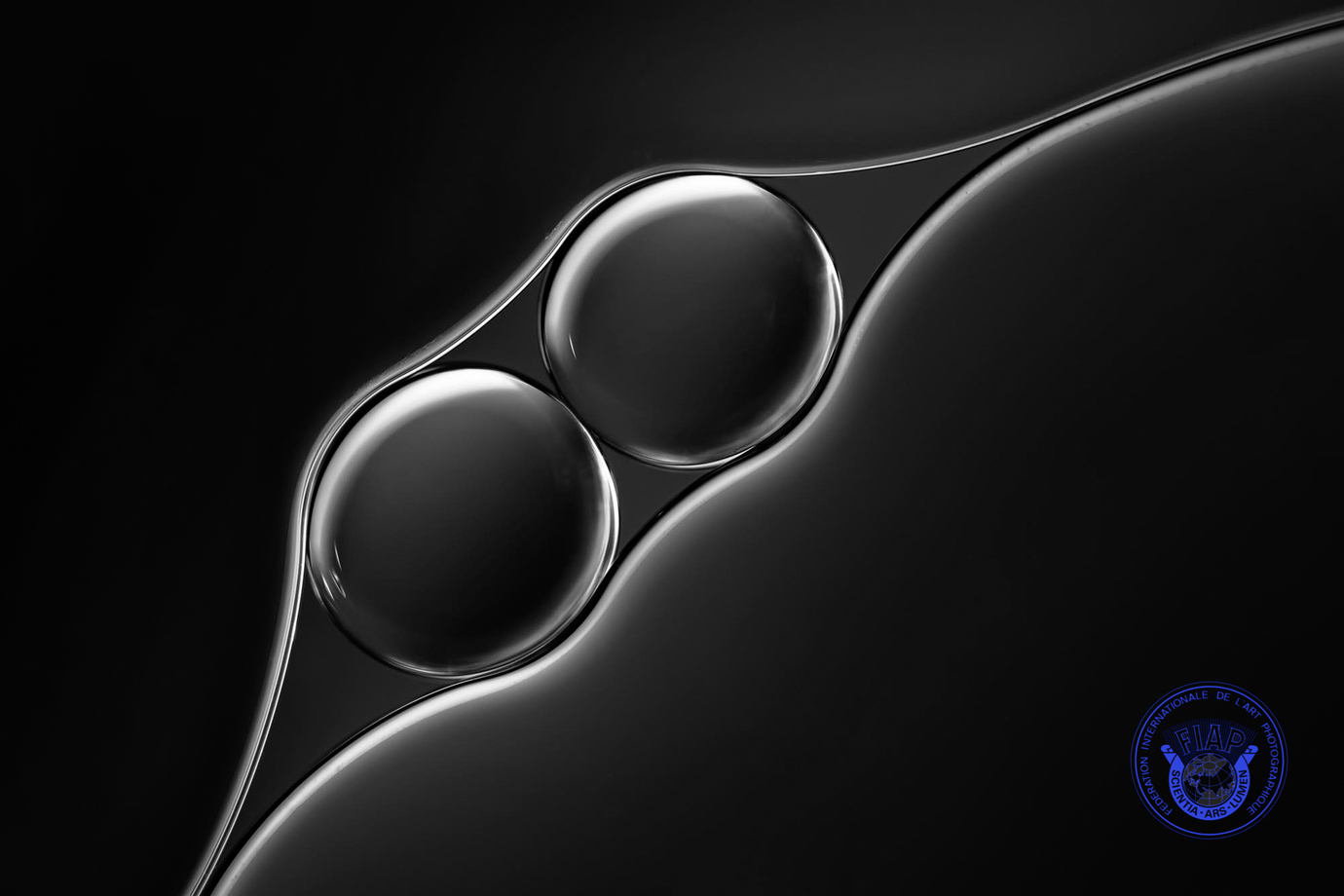 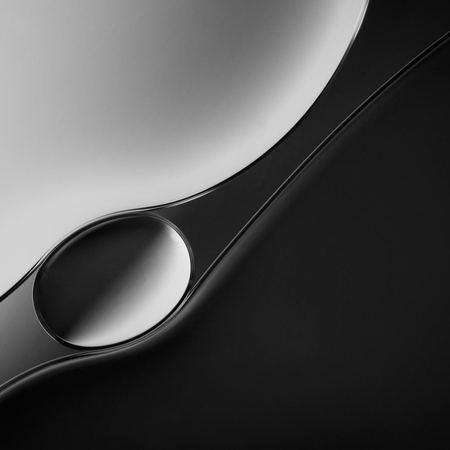 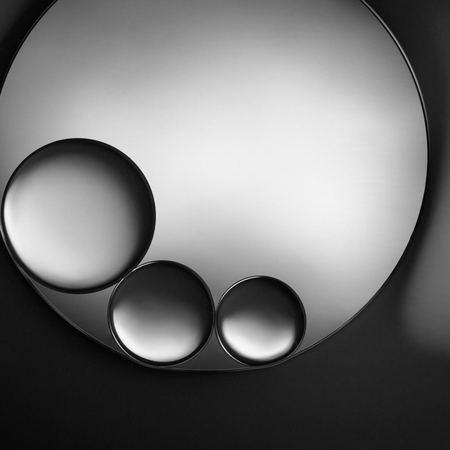 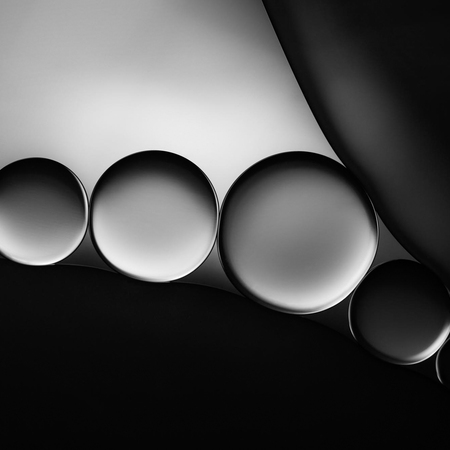 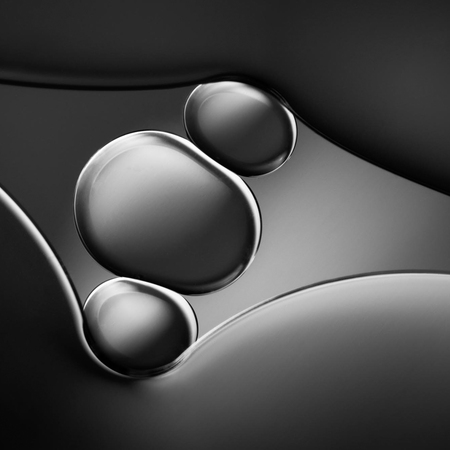 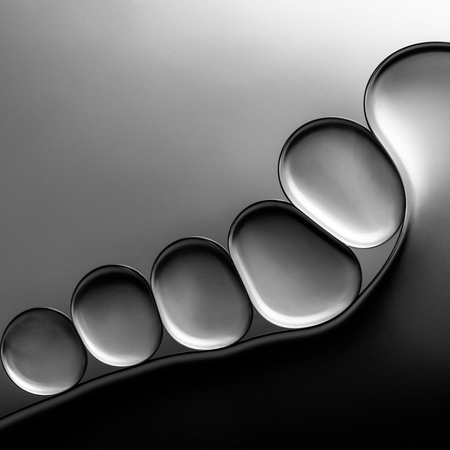 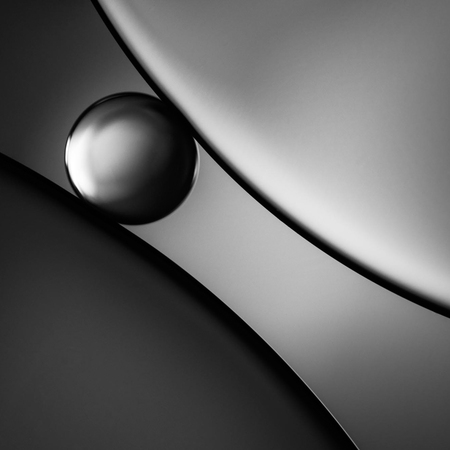 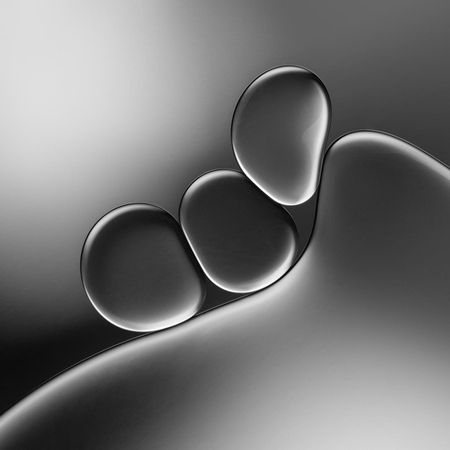 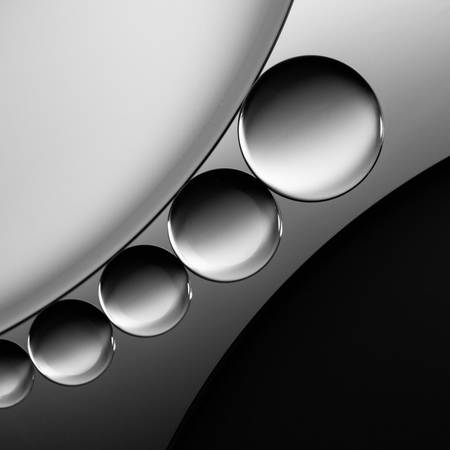 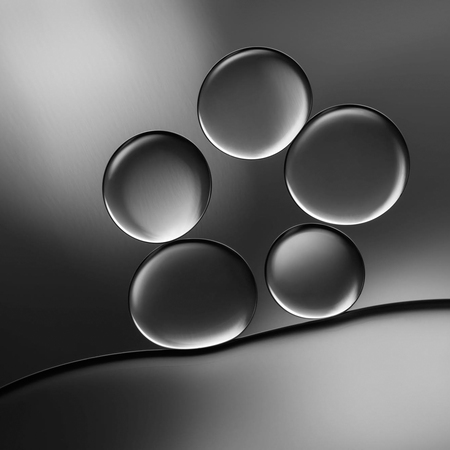 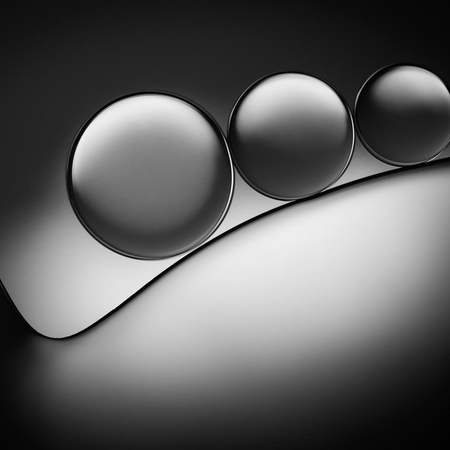 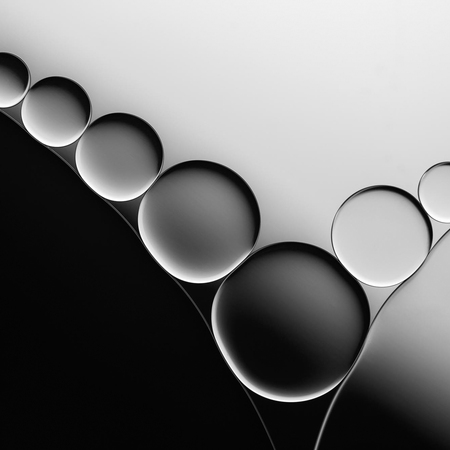 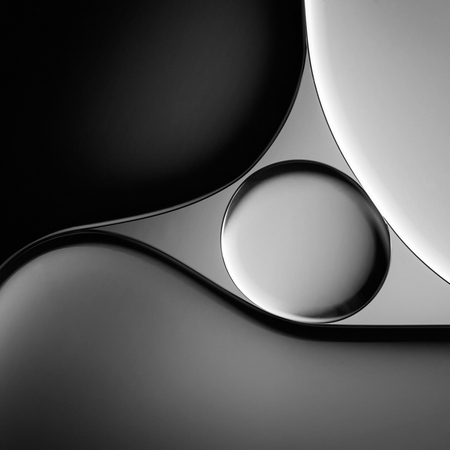 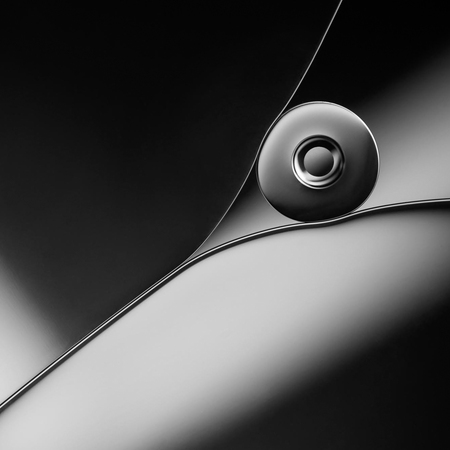 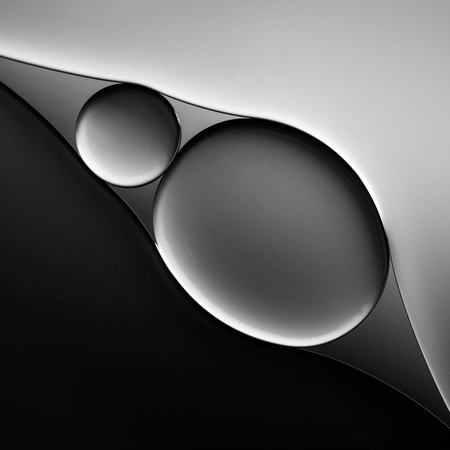 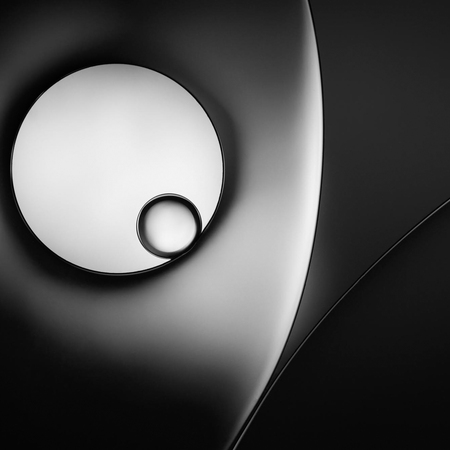 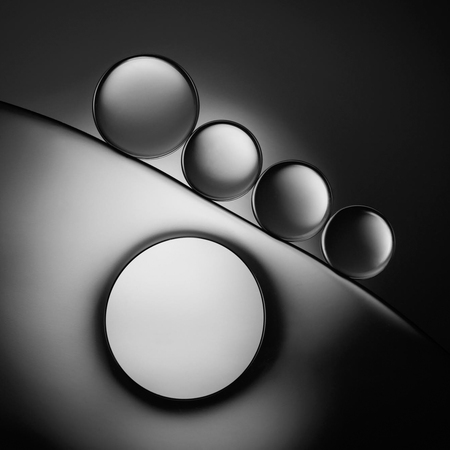 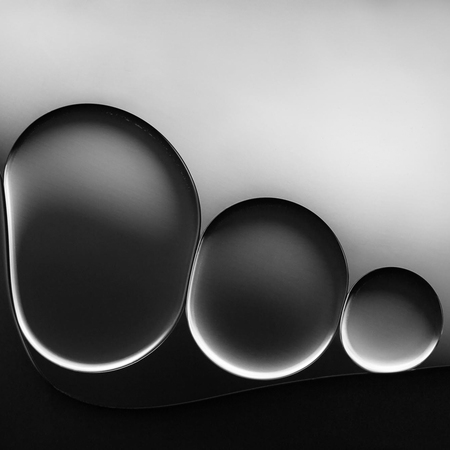 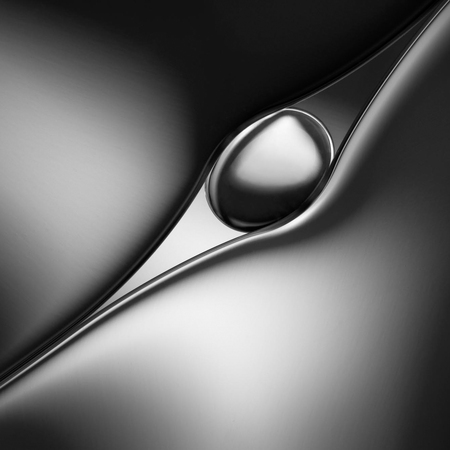 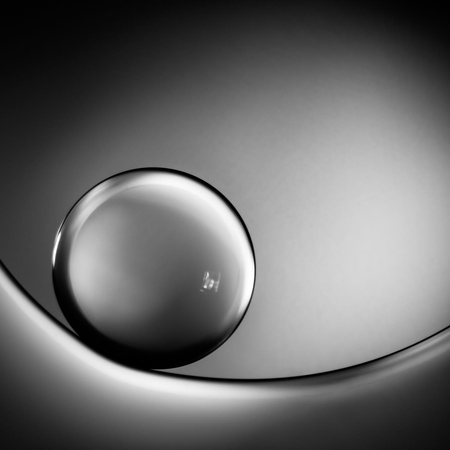