Opening of the FIAP Exhibition Centre in Dublin, Ireland
01 April 2017

Report for FIAP Newsletter:
On 01 April the Council and members of the Dublin Camera Club were very proud to welcome Riccardo Busi and Kurt Batchinski of the FIAP Directory Board to Dublin for the official opening of the latest FIAP Exhibition Centre.
The co-Directors of the FEC – Gerry Andrews FIPF ARPS EFIAP and Paul Stanley FIPF EFIAP/s EsFIAP – were there to welcome the guests.
The inaugural exhibition was a selection of images from the photography club Fotoamatori F. Mochi from Montevarchi in Italy and we were pleased to welcome some of their members to Dublin for the inauguration and opening of their exhibition.
The visit also saw the twinning of the two clubs – the Dublin Camera Club and Fotoamator F. Mochi. A reciprocal visit of members of the Dublin Camera Club to Montevarchi will take place at a later time which will coincide with the launch of an exhibition of photographs from members of the Dublin Camera Club in the FEC in Montevarchi.
On the day, Paul Stanley the co-director of the FEC spoke of the long history of the Dublin Camera Club which celebrated 70 years in existence in 2016 and which published a book of current images by current members as part of the celebration. He presented Riccardo Busi, Kurt Batchinski and Enzo Rigeschi with copies of the commemorative book. He mentioned the long association of the club with FIAP and the fact that many of the senior members also have achieved FIAP distinctions.
FIAP is not just about distinctions and the opening of the FEC and the twinning of both clubs is a demonstration of this – it is also about friendships through a shared love of the Art of Photography.
Darragh Sherwin on behalf of the Irish Photographic Federation also welcomed our visitors and expressed good wishes to the Dublin Camera Club on the inauguration of the FEC.
Gerry Andrews who is President of the Dublin Camera Club and a co-director of the FEC welcomed all our guests and spoke of the friendships which can be gained through photography.
On behalf of FIAP Riccardo Busi spoke of the aims of FIAP and the setting up of the FEC not just in Dublin but those which also exist and those which will be inaugurated throughout the world in 2017. He spoke of the desire to broaden the work of each FEC and to enhance the cooperation between all FECs.
The inauguration was completed by the presentation of the FIAP flag and the FEC Plaquette which are now proudly displayed in the Eddie Chandler Gallery in the FEC in Dublin.
The members of the Dublin Camera Club now look forward to visiting Montevarchi to complete the twinning and to the future exhibitions which are planned between the DCC and other clubs and photographers throughout the world. 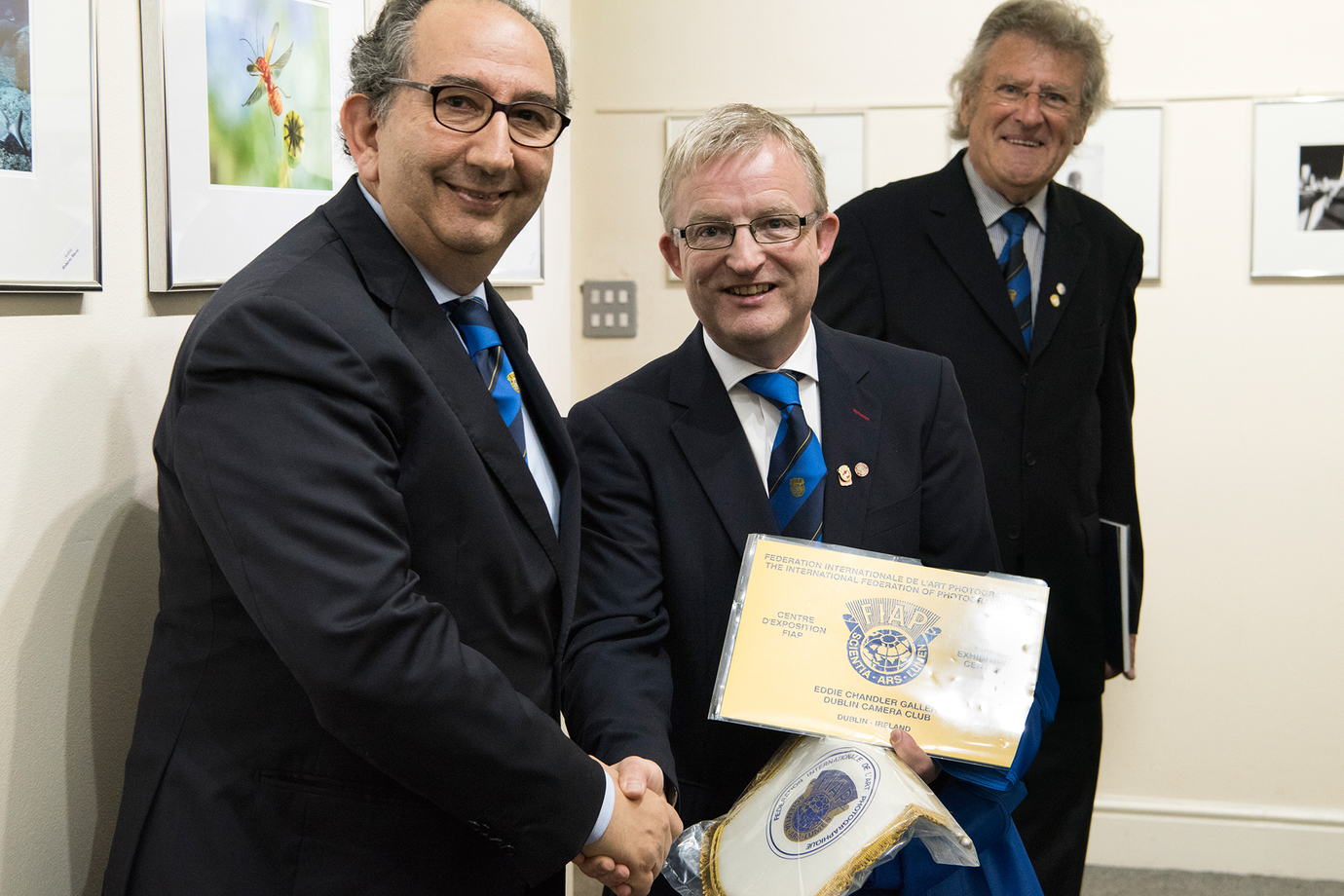 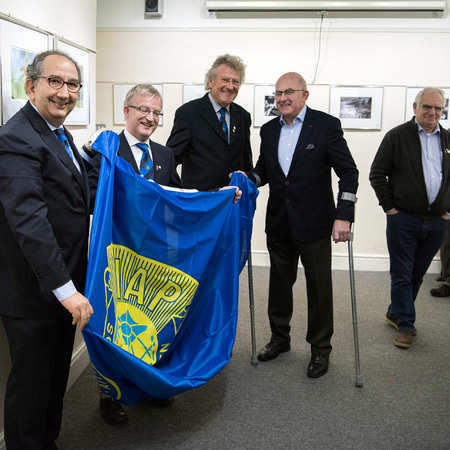 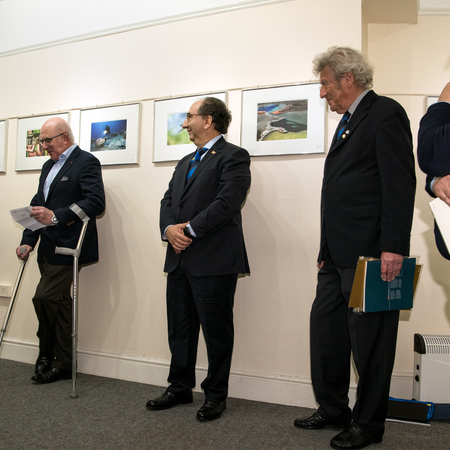 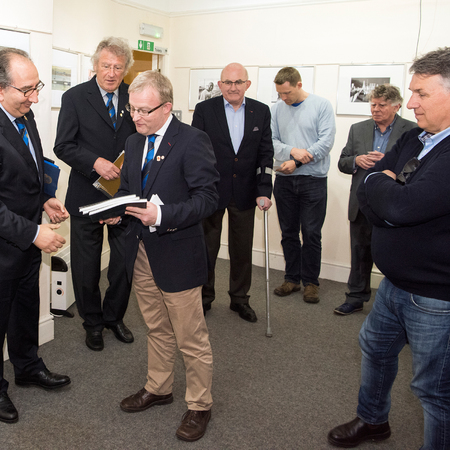 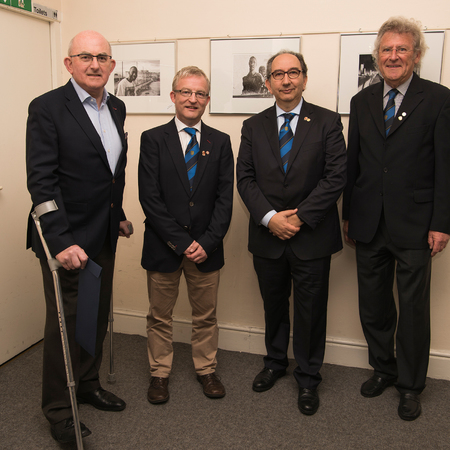 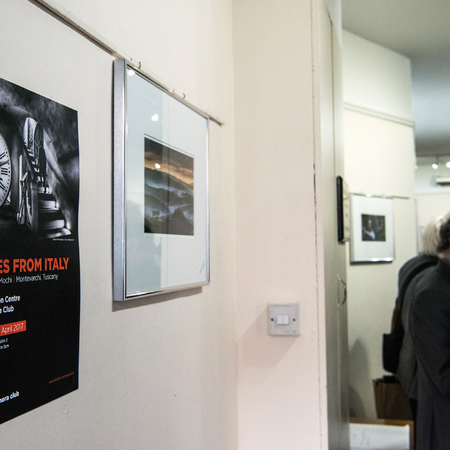 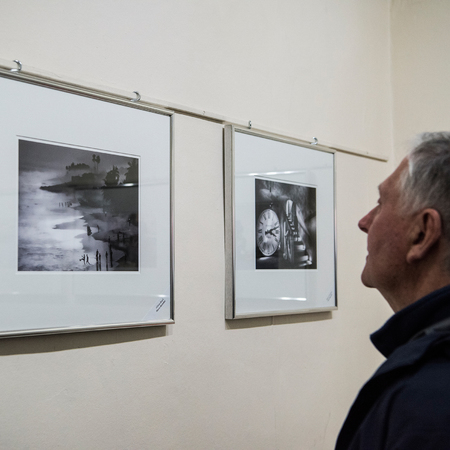 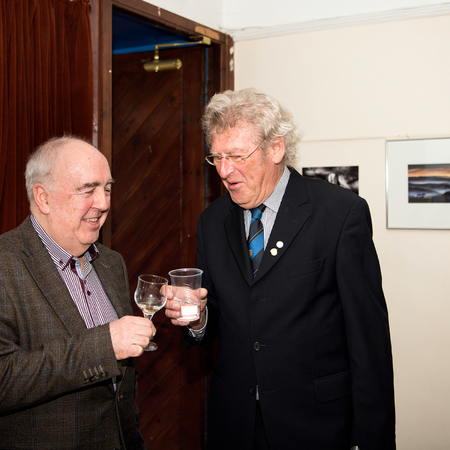 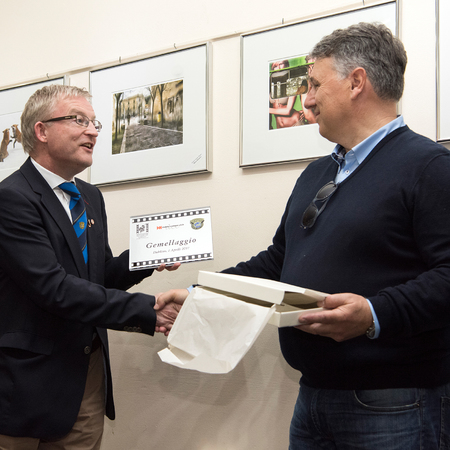 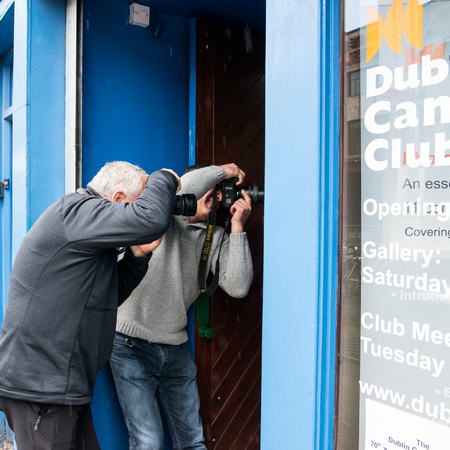