ON SEPTEMBER 8, 2021. The Euro Foto Art Gallery – FIAP Exhibition Center Oradea – Romania (the 17th in the world) – administered by the „Euro Foto Art” International Association, has prepared for the visitors, in partnership with the Muzeul Țării Crișurillor – Museum Complex, a new photography exhibition entitled „A small Life Opera”(Egy kis életmű). This time, on the walls of the Gallery, a series of 50 large format photographs (black and white as well as colour) have been exhibited. The photographs have been taken by Máthé András AFIAP from Debrecen,Hungary. The exhibition is organized under the auspicies of FIAP, to celebrate 30 years of bilateral colaboration between the photographers in Oradea and Debrecen. In the exhibition, the following cycle are presented: Nature, Static Nature, Nude. The photographer Máthé András AFIAP was born in Debrecen i 1953 in Debrecen, Hungary. At a young age he learned photography from his father, who was an amateur photographer, with wich he collaboirated many times. Since 1986 he is the member of the Hungarian Photographers Association (Magyar Fotóművészek Szövetsége) and of the Hungarian National Creators Union (Magyar Alkotóművészek Országos Egyesülete). Since 1973 he is a member of the Debrecen Photo Club and of 2007 – the president of the club. For a decade, between 2003 to 2013 we has the artistic coordinator of the private gallery „Multi Foto” where many exhibitions were organized with works of photographers from Oradea and Aleșd. He won the scolarship for Culture in Debrecen a number of 8 times (Debrecen Kultúrájáért Alapítvány).His work was recognized in 1993 by receiving the „Prize for Culture in Debrecen” („Debrecen Kultúrájáért Díj”), he was the first photographer to receive this award. „50 years ago, in 1972 I decided that Photography is the field for me. After two years of school, for the next 20 I worked in the photography field, as a photoreporter, commercial and portrait photographer. From the very begining I was attracted to the artistical side of photography. The first achievement came in 1974, at the National Exhibiton organized in Pecs, for highscool students. For 15 years I taught photography in several professional highschools, as well as the Reformed College in Debrecen”, the photographer said, afther the opening of the exhibition. The public was greeted by the director of the Museum – dr. Ioan Ciorba, the head of the Oradea Museum section. He appreciated the special role the artists’ collaboration between the two cities and the importance of the exhibitions organized there. Ștefan Tóth István AFIAP, president for over 45 years of the Photography Club and of the International Association for 13 years (these organizations have an important contribution in maintaining the photography collaborations in the two cities) underlined the role of the exhibiting photographer in organizing this international event. Dr. Ramona Novicov – art critic, talked about the value of the exhibited works, the way they were processed as well as the presentation. Szűcs László – editor – underlined in his discoure the special role of the creativity of the photographer artist, that these photos show. Máthé András said he felt honoured for the fact that this personal exhibition took part during the celebrating of the 30 years of collaboration between the photographers in the two cities. Musical moments were provided by Thurzó Sándor József, that interpreted music from the Hungarian repertoire: : „Introducere și Fugato” by Eszláry Erzsébet, „Seara la secui” by Béla Bartók, „Arioso” by Farkas Ferenc,  „Romance oubliée” de  Liszt Ferenc și „Bicinia” Kodály Zoltán - Sérgio Kuhlmann. The event was live streamed online and can also be viewed here: https://www.facebook.com/EuroFotoArtAsociatieInternationala/videos/387723146197953. The exhibition will be open to the public until October 3 2021, on days from Tuesday to Sunday, between 10 and 18. 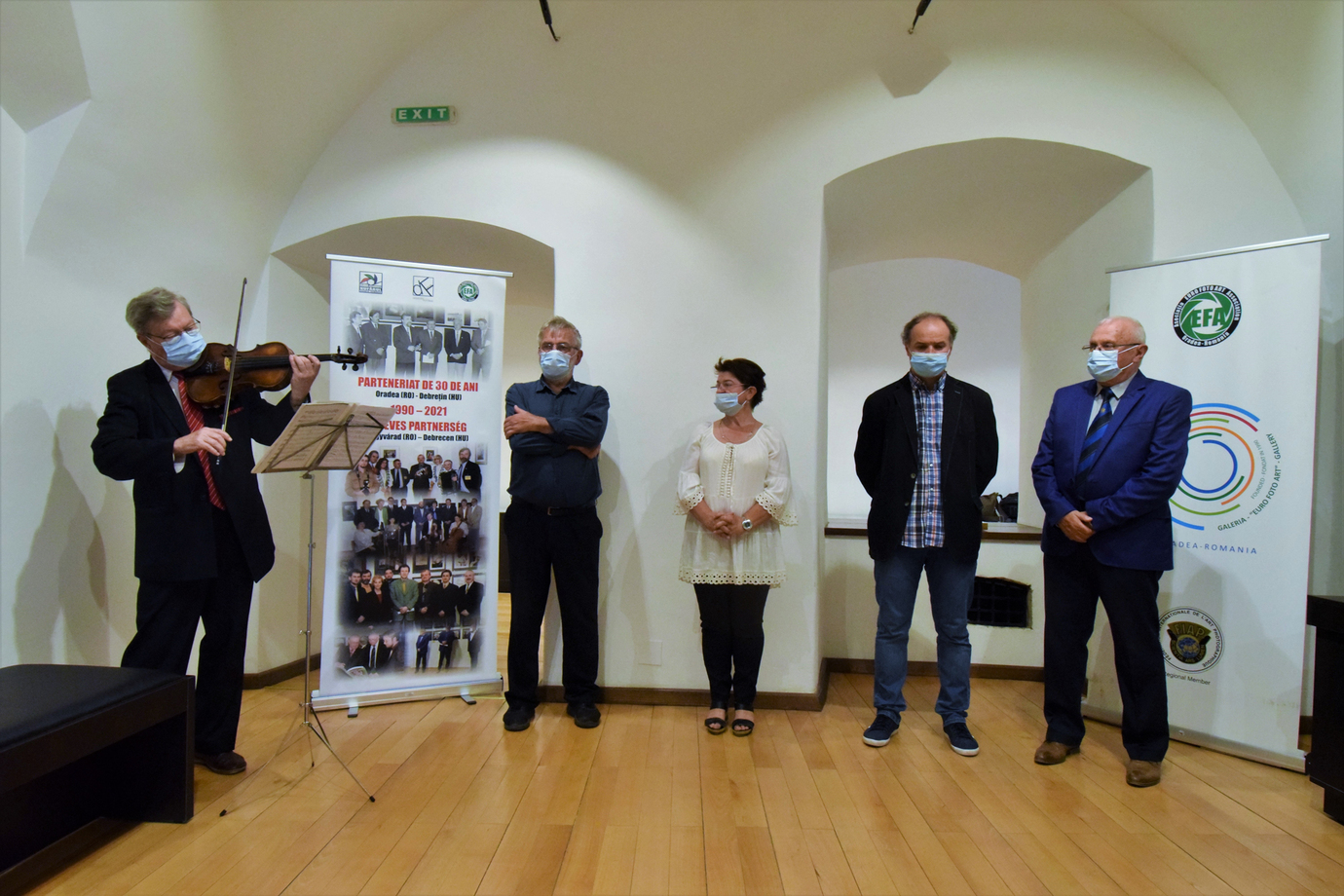 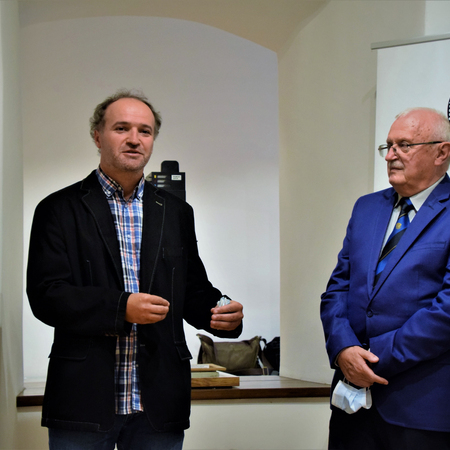 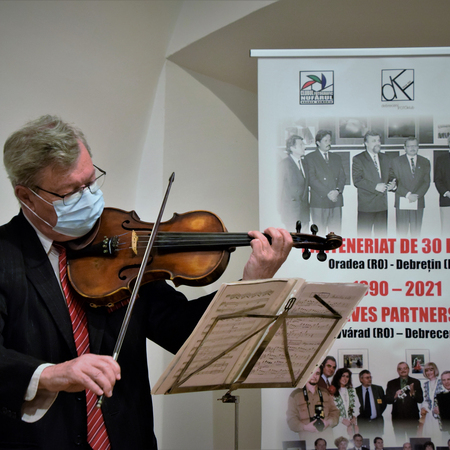 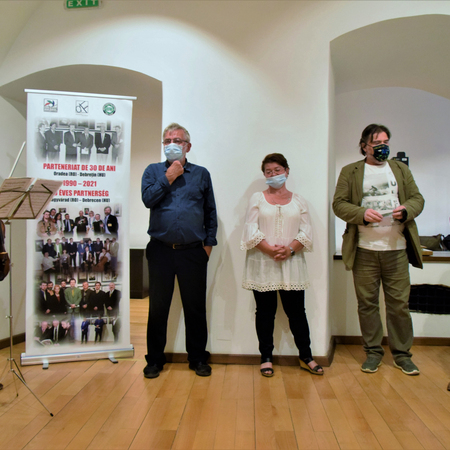 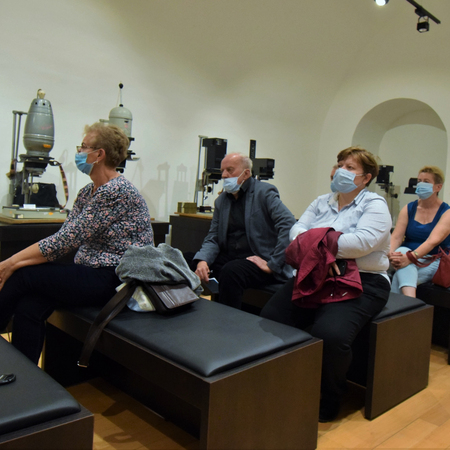 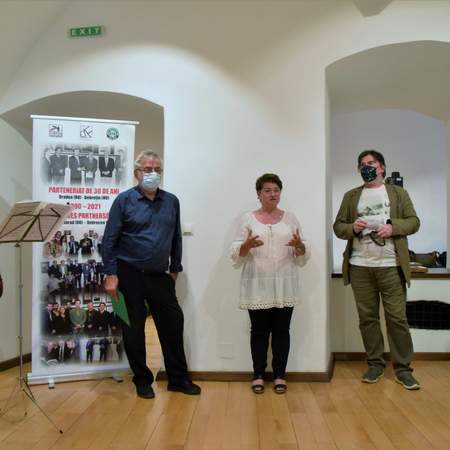 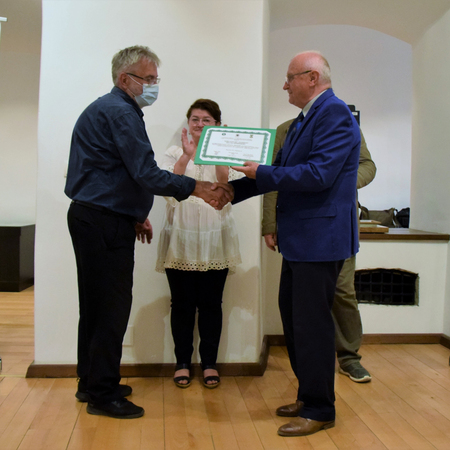 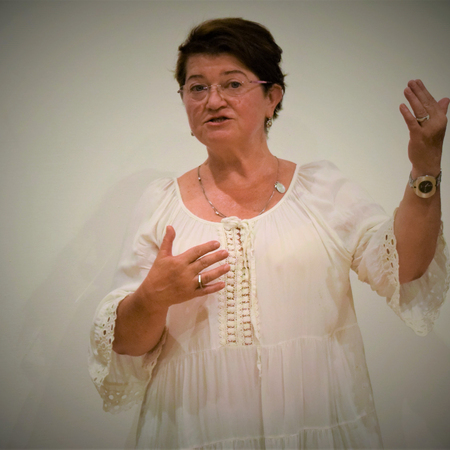 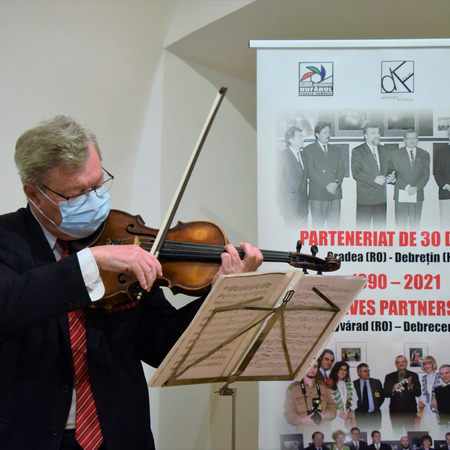 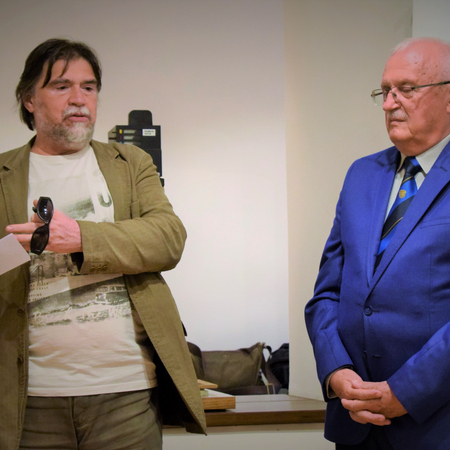 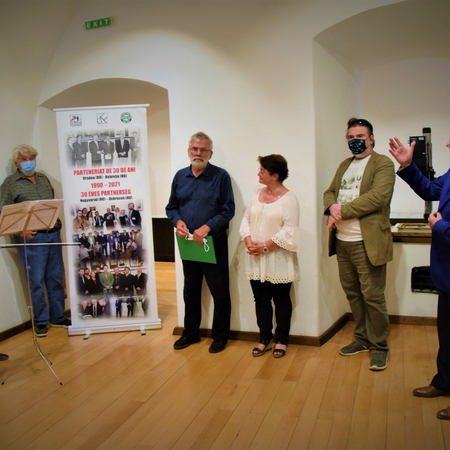 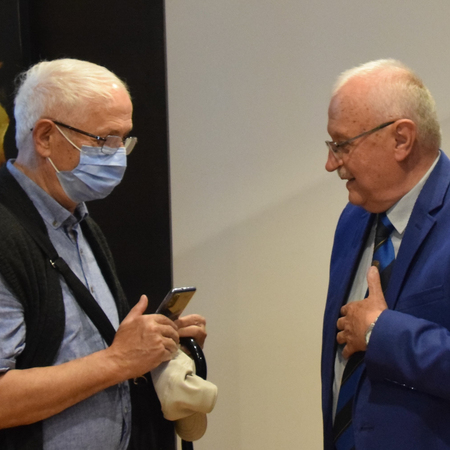 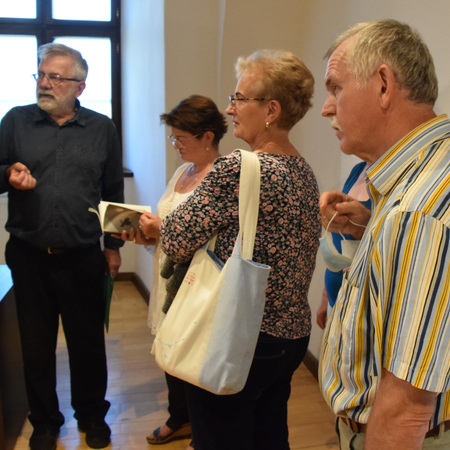 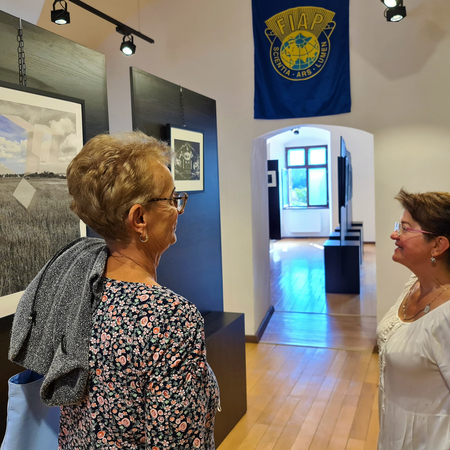 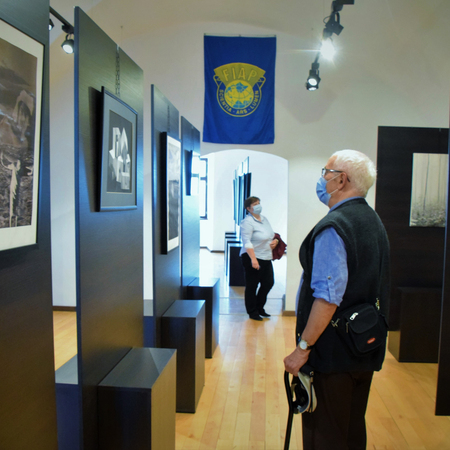 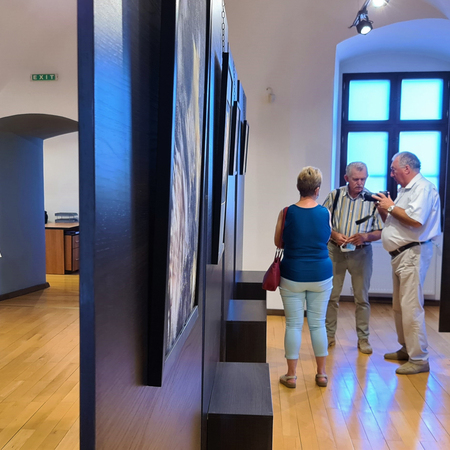 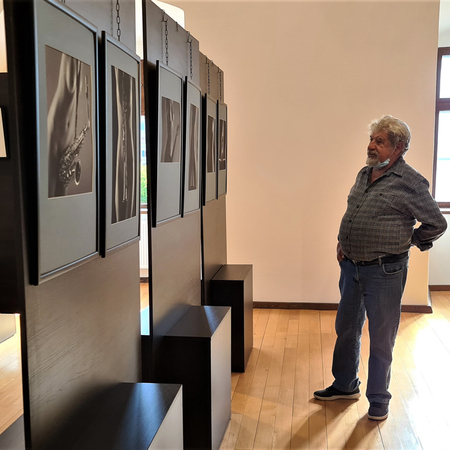 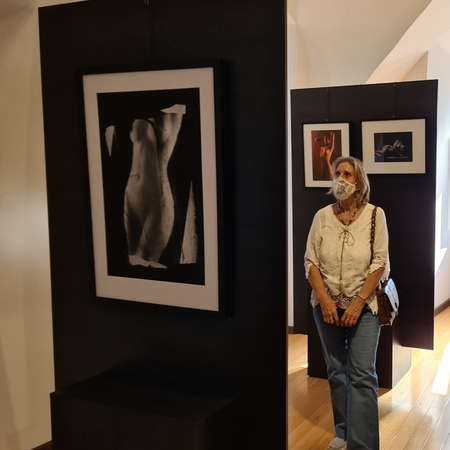 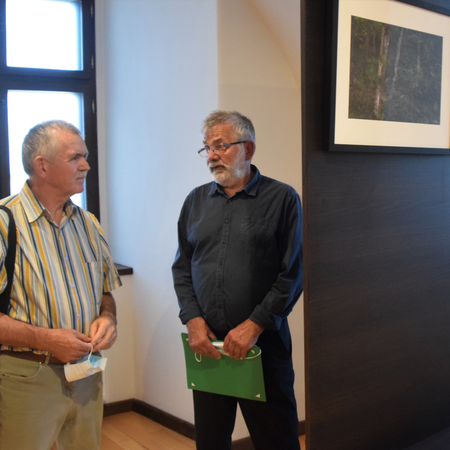 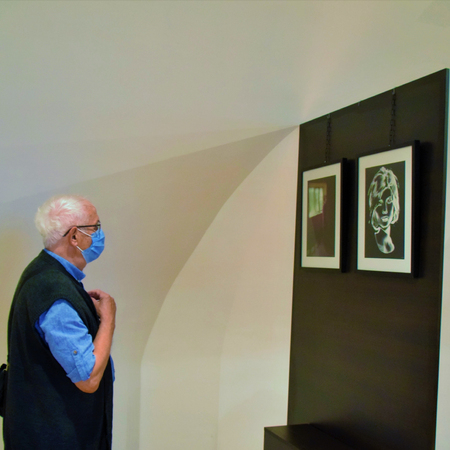 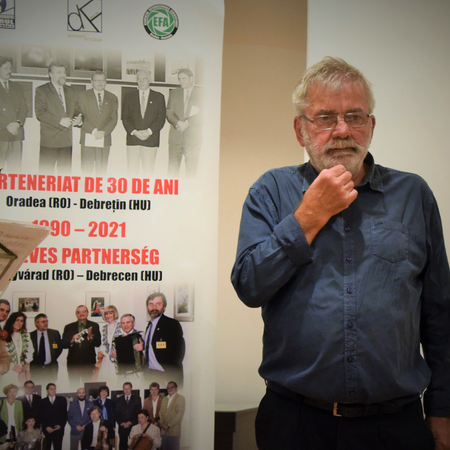