Oradea photographer Ștefan Tóth István AFIAP was celebrated on hir birthday, 9 August 2021, in Sion Neolog Synagogue, surrounded by almost a hundred friends and colleagues, photographers, relatives and family members. Several photographers from Oradea, Bucharest, Carei, Târgu Secuiesc (RO), but also Budapest, Biatorbágy, Debrecen, and Szolnok (HU) were present at the festive event. At the jubilee, audiences listened to the music of chamber orchestra Duo Varadiensis as well as Oradea Rock Philharmony, who have elevated the mood of many exhibition openings organized by the celebrant throughout these past decades.

Theaudience was greeted by Bozsódi-Nagy Orsolya Boglárka , translator and interpreter, literary secretary of Szigligeti Theatre Oradea, whom besides presenting the event, provided the Wnglish translation of the speeches. She thanked director Angela Lupșea for putting the wonderful synagogue, a historical monument, at the event’s disposal. First, photographer artist  Ștefan Tóth István AFIAP talked about his carreer as an artist and as a manager of various photo associations, followed by Biró Rozália, MP, president of the Committee for External Politics in the Parliament of Romania, who emphasized the important role played by the photographer in the photographic landscape of Oradea in the past five decades. Dr. Ramona Novicov and dr. Radu Igazság, university professors from Oradea and Bucharest respectively, made emotional speeches at the event. They are both long-time collaborators of the celebrant. Horváth Imre, president of the  Association of Hungarian Photo Clubs (MAFOSZ) also appreciated the contribution of Ștefan Tóth István AFIAP as an artist, a cultural manager, and as vice president of MAFOSZ responsible for cross-border relationships. At the end of the first anniversary event, he awarded an honorary diploma to Ștefan Tóth István, followed by another one for the 30th anniversary of Euro Photo Art Gallery, a certificate he was unable to hand out last year due to the pandemic.

After the speeches, guests were invited to a reception organized for them by the celebrant. The anniversary continued the next day, Tuesday, 10 August, in the medieval fortress of Oradea. The exhibition entitled Captured Moments was opened in Euro Photo Art Gallery, Exhibition Centre of Oradea-Romania, featuring works from the entire career of the photographer. 70 images were exhibited in the gallery, representing 50 years of artistic creation in the golden age of photography, the era of digital cameras, and, lastly, the world of smartphones. Attendees were greeted by museologist dr. Diana Iancu, representing Oradea City Museum of Țării Crișurilor Museum Complex, who thanked the photographer for five years of collaboration resulting in the opening of over 60 international photo exhibitions. In her speech, art critic dr. Ramona Novicov said that “if yesterday was the day of tears, today is that of joy.” Photographer Horváth Imre, president of MAFOSZ, encouraged the celebrant to focus more on his artistic career in the future. Music for the opening was provided by viola artist Thurzó Sándor József. At the end of the opening and after taking a group picture, photographer Tóth István was toasted again for his birthday at the Association’s headquarters, in building C of the Fortress of Oradea. On their way to the headquarters, guests admired the documentary exhibition encompassing the life and work of Tóth István, in the gallery named after Vilidár István. Attendees of both events were presented with Tóth István’s album Captured Moments, published courtesy of Creatpy Ltd. Both events were broadcast via Facebook Live on the page of the internation association, at  https://www.facebook.com/EuroFotoArtAsociatieInter... 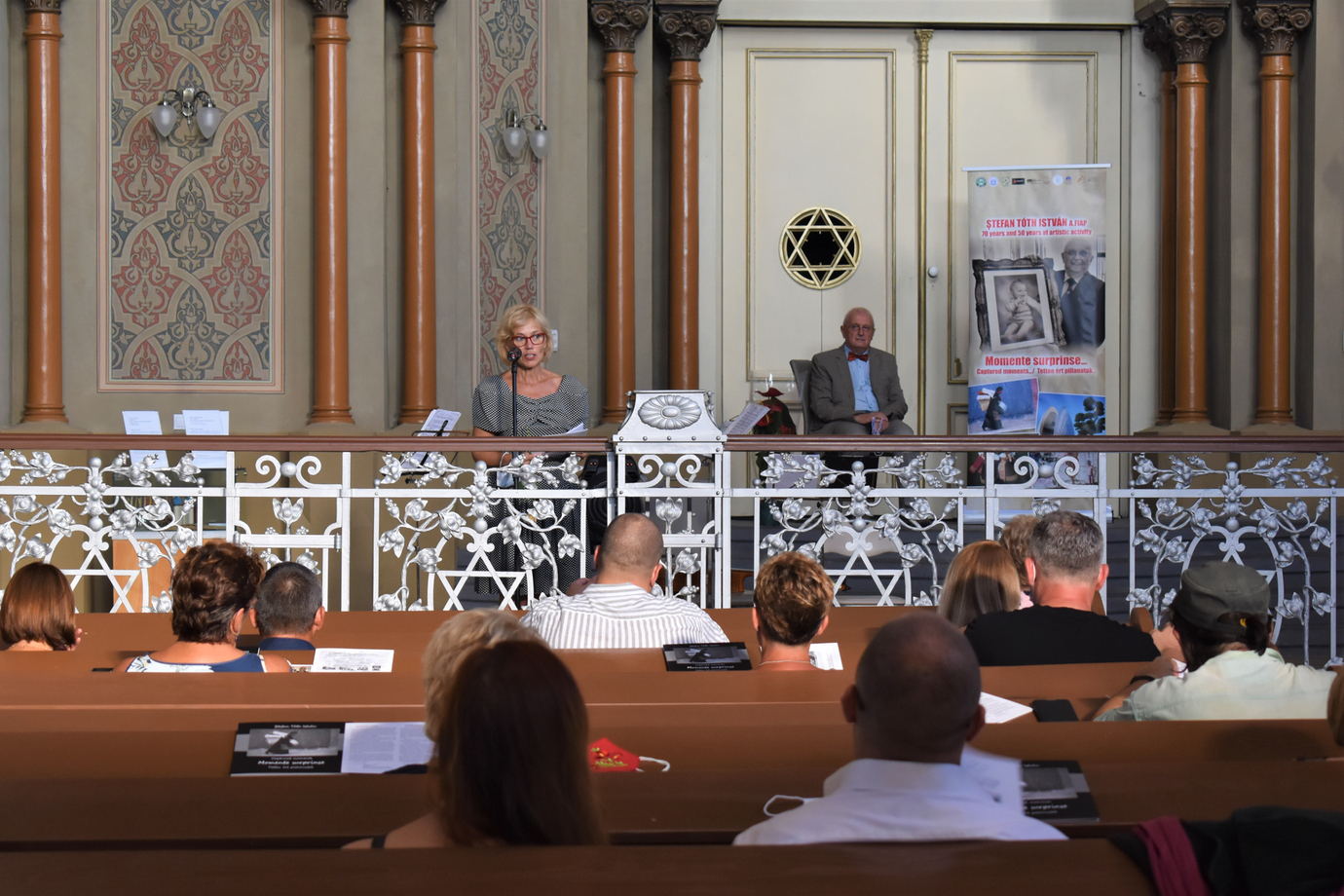 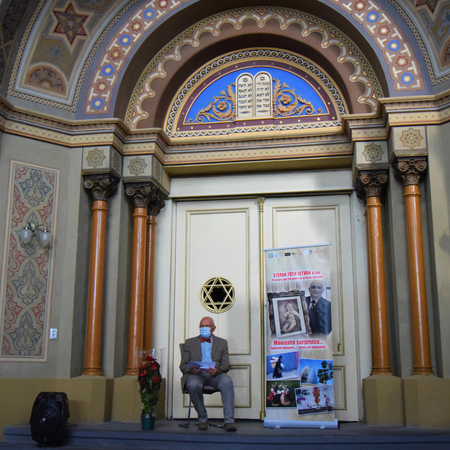 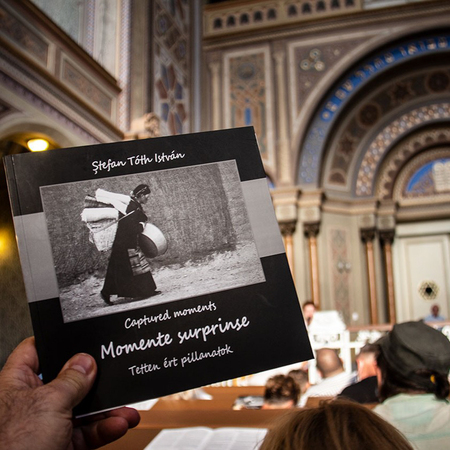 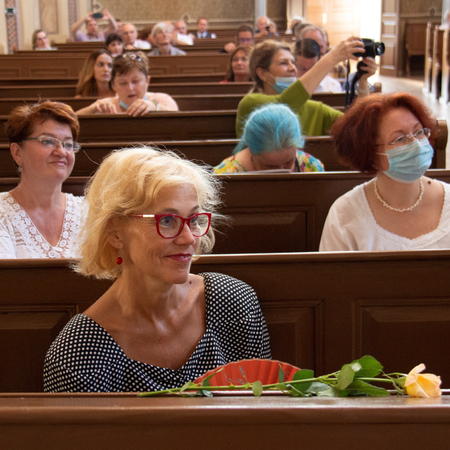 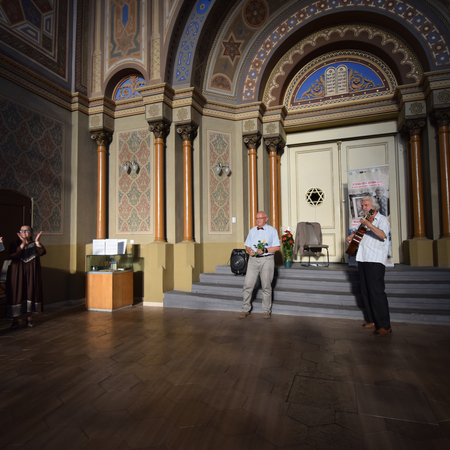 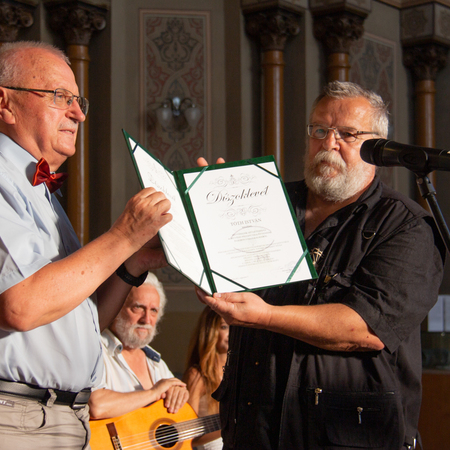 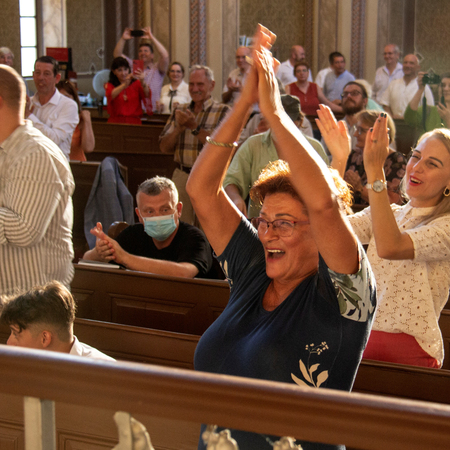 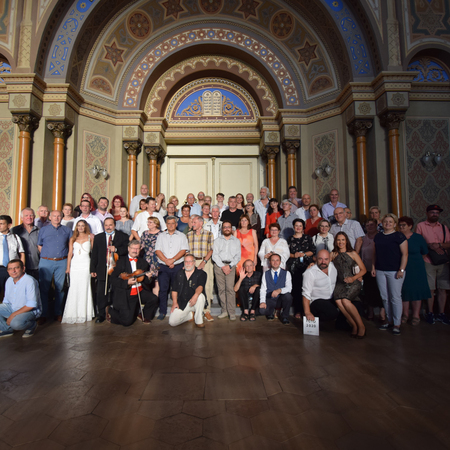 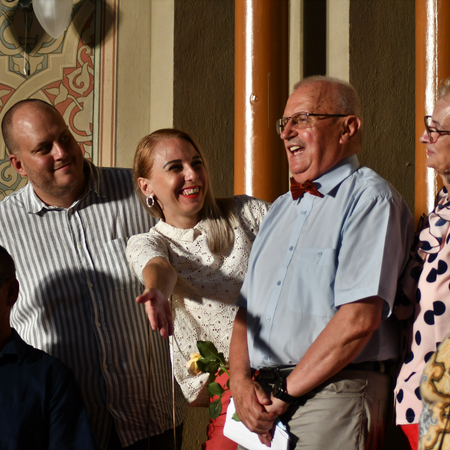 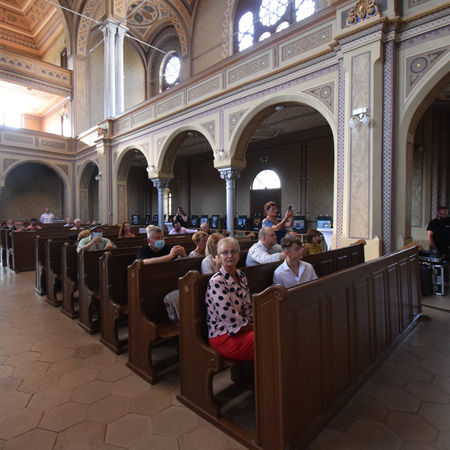 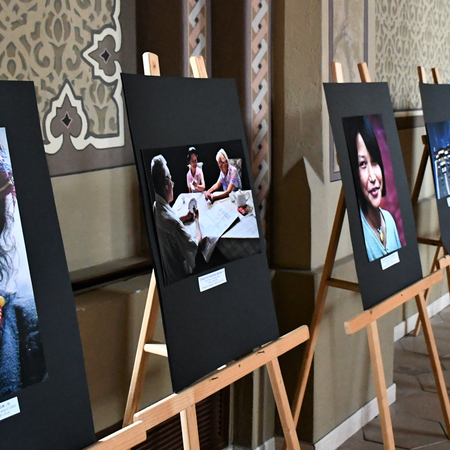 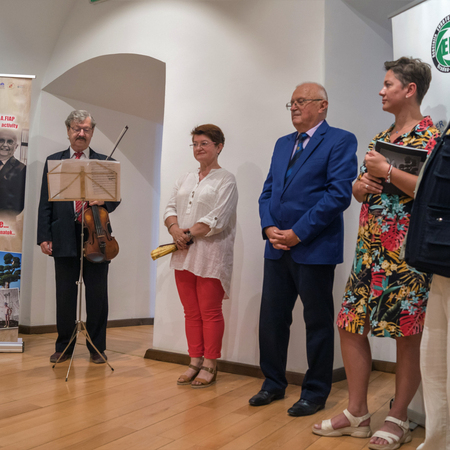 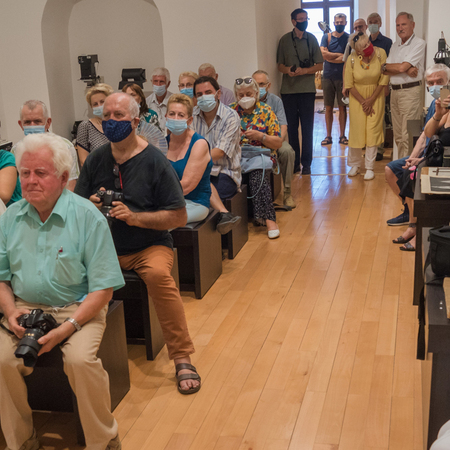 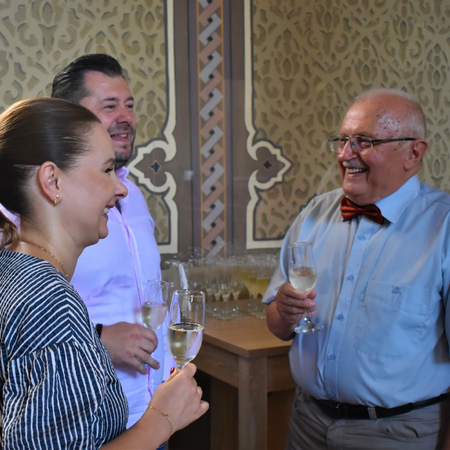 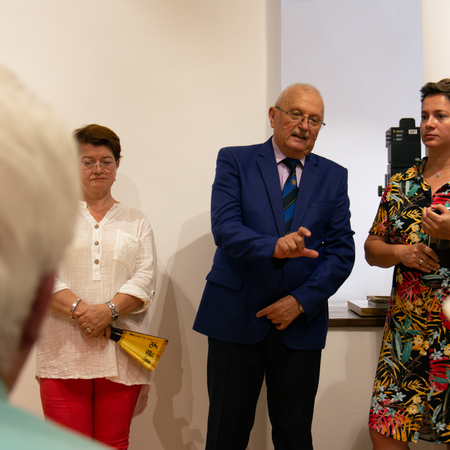 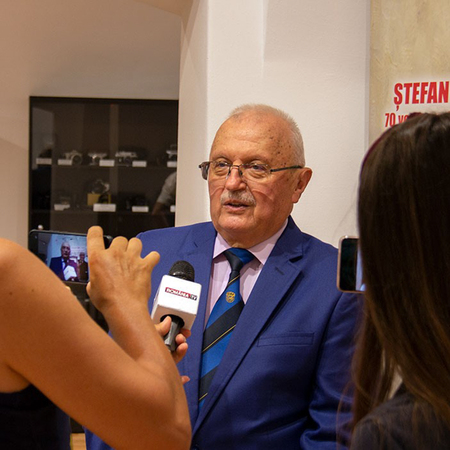 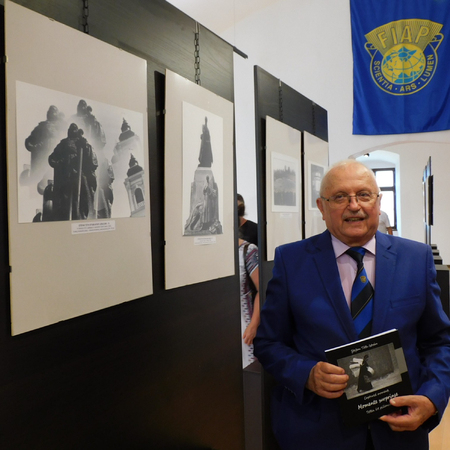 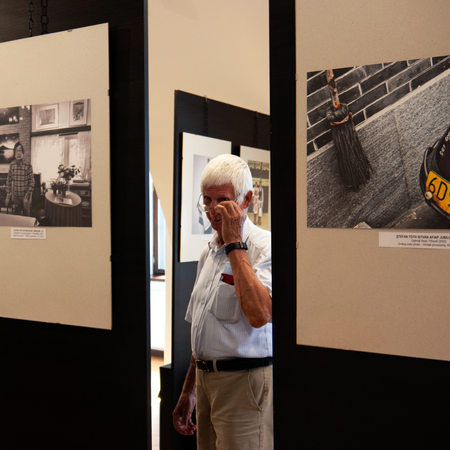 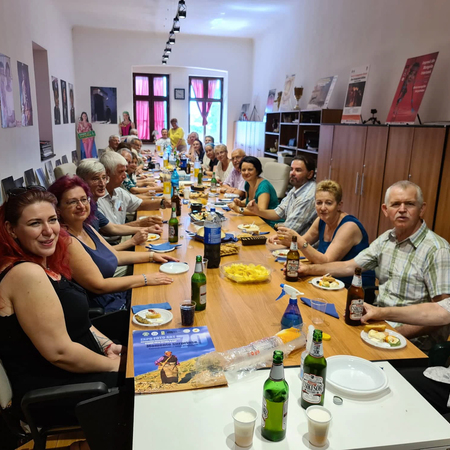 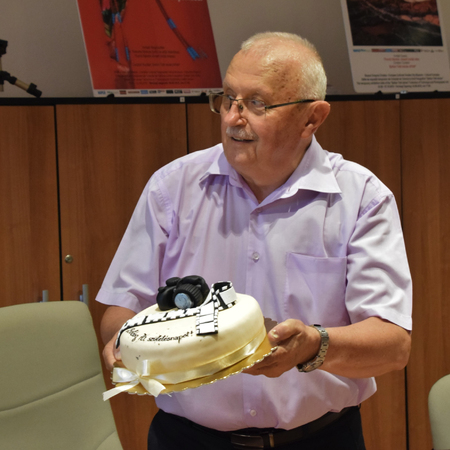 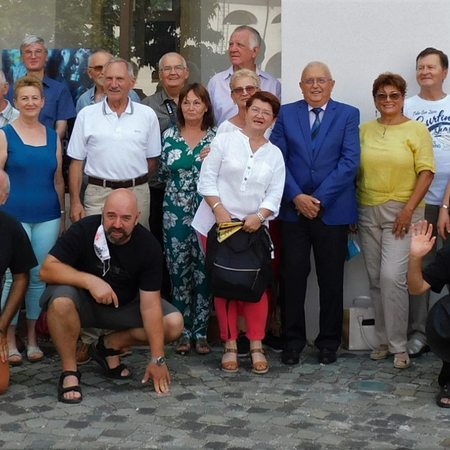 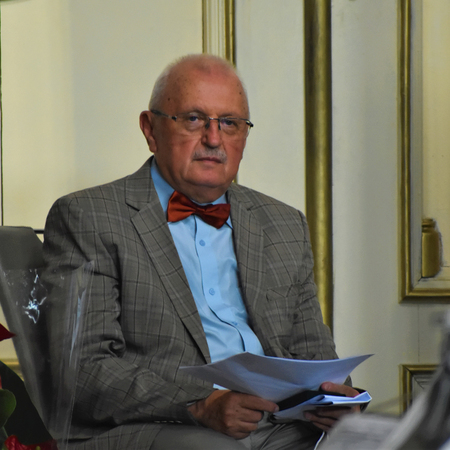 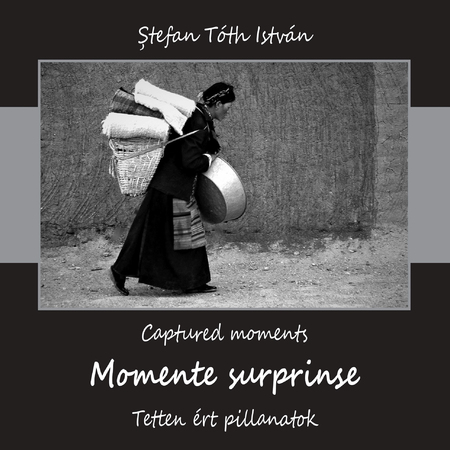